Despite the crippling economic impacts of the recent coronavirus outbreak and the uncertainty hanging over the nation's property sector, Melbourne remains the midst of a development boom.

Based on current growth rates, Melbourne is set to overtake Sydney as the nation’s most populous city by 2026, placing growing strains on infrastructure, tenable office space and housing.

The Victorian government has more than doubled infrastructure spending—committing $47 billion and more than $10 billion promised over each of the next four years, in a bid to build for the expected population of 8 million by 2050. 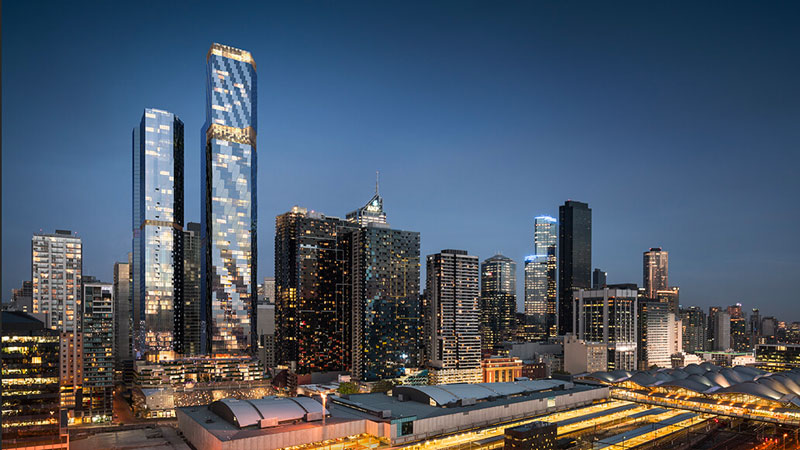 Hong Kong-listed developer Far East Consortium is pressing ahead with two towers in the developer’s West Side Place project at 250 Spencer Street on the former The Age site.

The 81-storey Tower 1, which will house the Ritz-Carlton, will be 281 metres tall and once complete will be the tallest hotel in Australia, while the 64-storey Tower 2 will be 221 metres.

Construction has already commenced on West Side Place, with apartment amenities having been installed up to level 24 at Tower 1 and level 23 at Tower 2.

Once complete the project will comprise 1,376 apartments and 257 luxury hotel suites, with Stage 1 anticipated for completion in 2021.

• FEC bought the site from developer ISPT in 2012 for $75 million
• The Cottee Parker design for the site was approved in 2014
• The project is being built by Probuild
• The residential development offers one, two and three bedroom apartments
• Over 3,000sq m of ground floor retail space 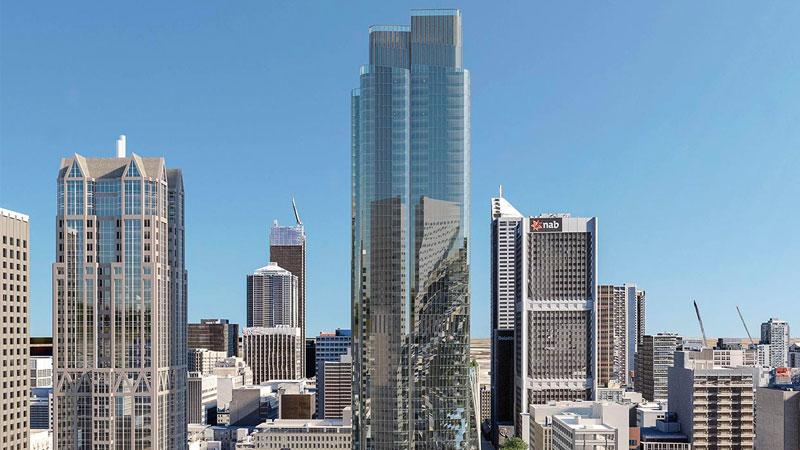 The 59,000sq m office tower will reach 49-storeys and will be one of the first buildings to be approved under the Victorian government’s C270 amendment.

Demolition of the site’s existing infrastructure has commenced, with construction completion slated for 2023.

• The project is designed by Bates-Smart
• Floorplates range between 1,300 and 1,700 square metres
• Cbus is targeting a 6-star Green Star rating, 5.5-star NABERS Energy rating and a Platinum WELL rating 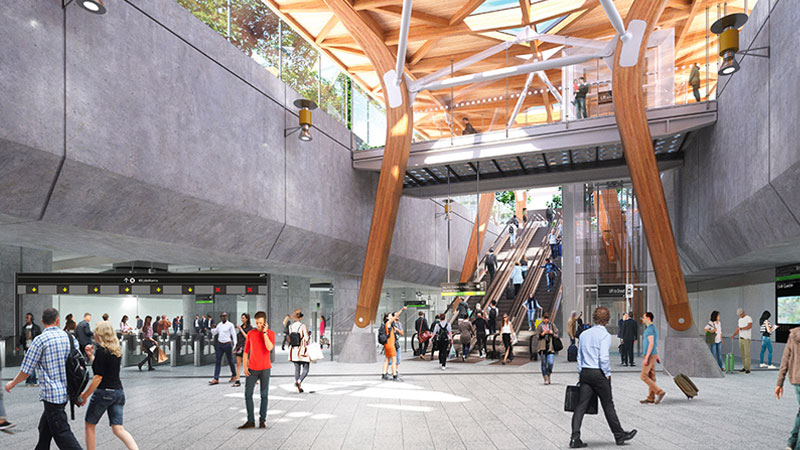 The upgrades will enable more than half a million extra passengers to use Melbourne’s rail network during peak periods every week, and save people up to 50 minutes each day during their commutes.

The transport project was earmarked to be completed by 2025, however, costs have been rumoured to already have blown out by as much as $2 billion, partially due to the scope of the project being widened and unexpected technical risks.

• Early works commenced in 2016
• New stations have been designed by Hassell in collaboration with Weston Williamson and London-based Rogers Stirk & Harbour and Partners.

Our 2020 Be Summit event will be streamed live from  Melbourne’s Deakin Edge at Federation Square, find out more and register now.